Chef Andrew Kirschner has transformed his kitchen into a local and welcoming home, focused on the element of the wood fired oven to bring out the best flavor in our dishes. Coming straight from the visionary mind of our award winning chef, our menu is created with only the highest quality ingredients and fresh, local products. This attention to detail helps makes our food a perfected craft which will inspire you to be adventurous, in the most approachable and delicious way possible.

With our heart beating in Southern California, we want to create a welcoming ambiance for all to come and celebrate food. Jonathan Gold of the Los Angeles Times, claimed that Tar & Roses "...may also mark the first time in our nation's history when cauliflower became more delicious than prime steak," and we love to push the limits when it comes to traditional ideas of food. With our rotating selection of local craft beer and our ever-changing menu, there is always something new and exciting to try.

When you step into Tar & Roses, you'll feel like you are coming home. Our entire staff awaits your arrival with warm smiles and thoughtful service ~ please, come share a meal with us! 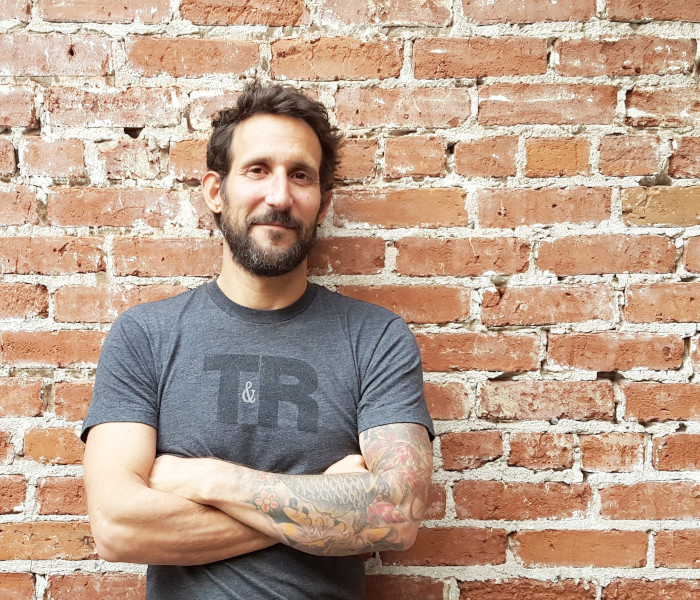 A Santa Monica-native who grew up in a family with a strong appreciation for travel, food and wine, Chef Andrew Kirschner initiated his cooking education at the age of fifteen with a summer job in the kitchen of a local restaurant. Like many great chefs, his culinary journey started as a job, but quickly turned into a passion.

After graduating from the prestigious California Culinary Academy in 1997, Kirschner immediately began cooking professionally, starting as a sous-chef at Eos Restaurant and Wine Bar in San Francisco, CA. After two years, he moved to Colorado to work at Ajax Tavern at the 5-star Little Nell Hotel in Aspen, where he worked extensively with wild game, honed his skills in butchery and gained an increased appreciation and respect for quality ingredients and locally-sourced products. He left Ajax to work at Krabloonik Restaurant, where he continued to experiment with local ingredients and sustainable cooking methods.

Kirschner returned to Los Angeles in 2000 and joined Joe Miller at the critically acclaimed Joe’s in Venice, where he served as sous chef for one year before leaving to join Axe in the same neighborhood. Soon after Kirschner became the sous chef for Chadwick in Beverly Hills, and then a chef/partner at the popular neighborhood spot Table 8 in West Hollywood.

In May of 2007, Kirschner took over as Executive Chef and partner at Wilshire, where he was praised by Angeleno magazine for orchestrating an amazing turnaround, received three stars in the LA Times, and was named Best New Chef in 2008. While at Wilshire Kirschner firmly established himself as a creative and innovative chef in Los Angeles.

Now with his first restaurant, Tar & Roses, Kirschner aims to share a restaurant that speaks to his travels and deeply ingredient-focused food philosophy. With influences from around the world and the rustic touch of a wood burning oven, quality ingredients and bold flavors will combine to create a menu that merges classical cuisine with modern sensibilities.

When not in the kitchen, Kirschner enjoys surfing, camping, and spending quality time with his wife, Monica and their dogs, Redford & Coral. 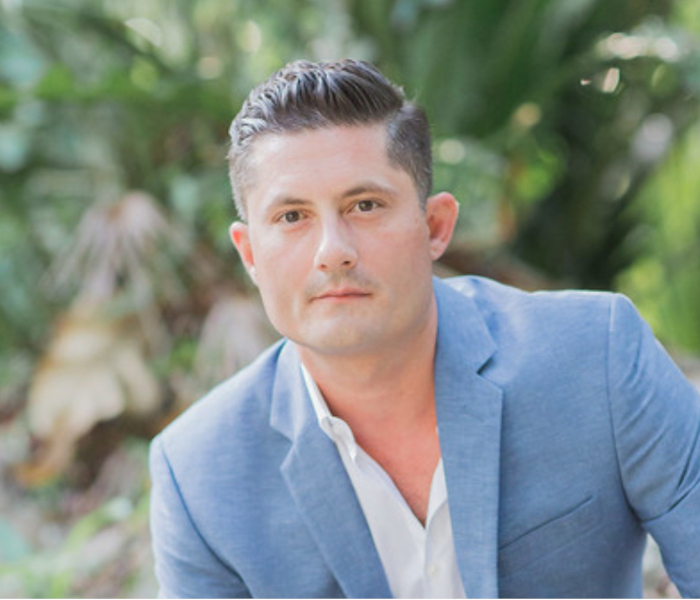 Johnnie Jenkins brings over 25 years of restaurant experience and a deep love of hospitality to his role as General Manager and Partner at Tar & Roses since pre-opening in 2011. Through his leadership and attention to detail he guides the Tar & Roses team to provide warm and memorable experiences for each guest.

Before graduating high school, Jenkins got his first restaurant job and was soon entrusted to fill managerial roles. After an early graduation a management opportunity relocated him to San Diego, where he then took on other roles running small bar programs and serving tables to further his experience.

Jenkins took his first General Manager position at James’ Beach in Venice, California in 2000. While there, he began developing his wine knowledge, which was reinforced by his travels to California’s wine country and abroad to Italy and Spain. Jenkins’ diverse experience and knowledge allowed him to lead the opening team of Venice’s first night club, Air Conditioned Supper Club, in 2006. In 2008 Jenkins helped to open Venice Beach Wines, staying on board as GM to pour esoteric selections from countries both familiar and intriguing, as well as developing dishes for the small kitchen and overseeing retail operations.

In his free time Jenkins enjoys traveling and spending time with his wife and son, making time for every museum, beach and wildlife rescue center they can get to along the way. Their two dogs, Jackson and Guapo, rarely leave their side.